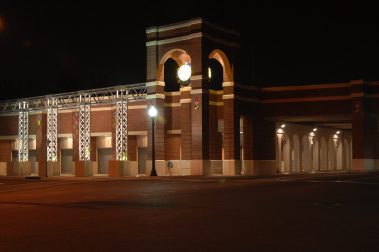 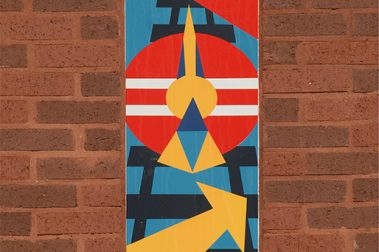 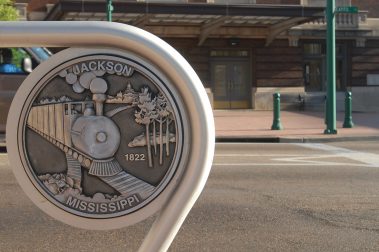 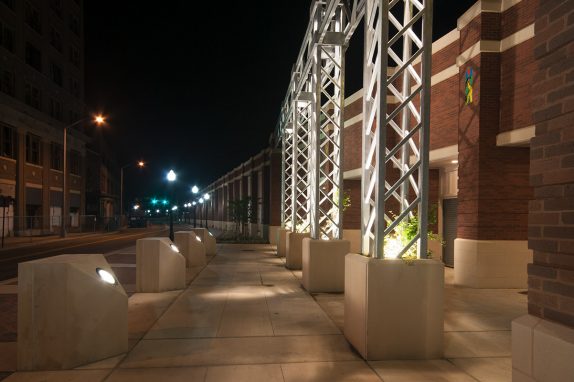 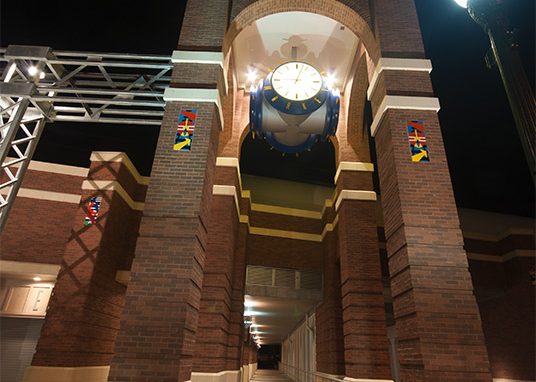 The Mill Street Viaduct Improvement Projects is a renovation of the viaduct (overhead train bridges) area and spans three city blocks on the west edge of downtown Jackson near the restored Union Depot. The central feature is the Union Market building which sits under the existing railroad bridge on the south side of Capitol Street. The Union Market is created under the Capitol Street Viaduct with a new slab, ventilation, roll up doors, metal ceiling, lighting, fountains, and a clock tower. The four viaducts are cosmetically enhanced with brick veneer, metal ceilings, and lighting. The east railroad embankment between Pascagoula and Pearl Streets is shored up and landscaped to create a sculpture plaza with modular retaining walls. The sidewalks in the area are replaced with precast pavers, or concrete, and street lighting, landscaping, and storm drainage were added.