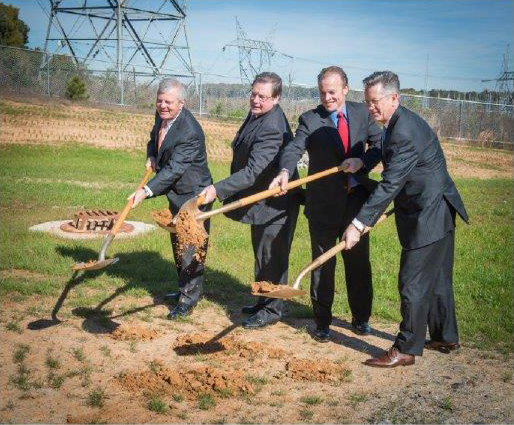 Entergy is breaking ground on a new $23-million Transmission Operations Center in Jackson that will be one of two twin centers in the corporation’s four-state service area. The 24,775-square-foot building will be a “nerve center” where employees monitor the status of the transmission system, coordinate line outages for maintenance or repair, and remotely operate switches and breakers at substations. The ground-breaking of the twin center, located in Little Rock, Arkansas, kicked off yesterday.

Prior to this year, Entergy had five TOCs and one System Operations Center in cities throughout the four states. Jackson was chosen as a location for several important reasons, including that one of the company’s data centers and the transmission headquarters building are located nearby. Jackson serves as Entergy’s transmission center, and the northern portion of Entergy’s four-state territory is becoming a regional center for transmission operations.

CCD is proud to have served Entergy with the design of both Little Rock and Jackson buildings, and will see them each through completion of construction. The buildings are scheduled to be complete in summer 2016.